A mutual slate of endorsed Charlotte City Council candidates released by three local, state and national LGBT groups this week isn’t being accepted at face value by all LGBT residents or allies.

The endorsements came as a part of the new TurnOUT Charlotte! campaign, launched by the Mecklenburg LGBT Political Action Committee (MeckPAC), Equality North Carolina and the Human Rights Campaign. The three groups say they want to turnout a “critical mass” of voters and are looking to elect a solid pro-LGBT equality majority on City Council. The campaign comes after the defeat in March of a suite of LGBT-inclusive non-discrimination ordinance updates. 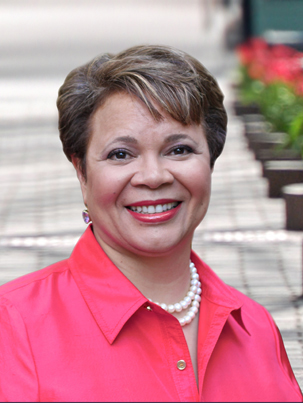 Among the slate of candidates endorsed was incumbent at-large Councilmember Vi Lyles.

That’s rubbed some community members the wrong way, considering Lyles was the one who offered an amended ordinance version that stripped out protections for transgender residents.

“It’s hard to believe,” said Paige Dula, a transgender advocate who was a leading proponent of the comprehensive non-discrimination ordinances earlier this year. “[Lyles] said she was for the ordinance as it was originally presented to Council. When it was politically expedient to do, she backed off from doing that and voted for the amended version.”

The compromise proposal, seconded by openly gay Councilmember Al Austin, came after a supposed lost vote on Council. Councilmember Claire Fallon has been accused of switching her vote and dropping her support of the fully comprehensive package — thus opening the door for an amended proposal — though Fallon has denied that’s true.

Dula said she lays most of the blame on Fallon — “I believe she caused the issue to begin with,” she said. But she said other leaders, along with Lyles, should have “stuck through with the version as it was presented to Council.”

Dula and Barbara Green, an ally and community leader, both said they’re not sure they can trust Lyles’ assertions she’ll be a champion for a fully-inclusive ordinance if it comes back to Council — a promise she’s made to LGBT groups and repeated publicly at a candidate forum earlier in August.

“I feel like she was a traitor to the transgender community at the meeting when she proposed the amendment and then she stood up at the candidate forum and said she would lead the fight to get transgender rights,” Green said. “I feel that is just disingenuous and saying what she needs to say to get elected. I don’t trust her on a personal level.”

Those close to the earlier ordinance effort have said they didn’t want the amended version. Some Council leaders at the time, however, said the amended version was a way to salvage the ordinance work and, at the very least, move forward with some protections instead of none.

Green rejects that an incremental approach was a viable option.

“I think it is indicative of what has happened in the past in the community, that the T gets dropped when it’s convenient for the LGB to get promoted,” Green said. “It’s wrong. All the LGBT should be cared for and represented fairly and equally. … You can’t sacrifice the few for the greater good of the whole. I don’t buy that. There needs to be solidarity. Transgender people are at the most risk and have the least protections and they need to be included and protected through all of it.”

Scott Bishop, chair of MeckPAC, said in a written statement also posted to Facebook that leaders, including Lyles, now reject that method.

“In retrospect, [Lyles] fully understands, as do others who supported the amendment, that it was the wrong thing to do,” Bishop wrote. “[Lyles] has committed fully, continually and publicly that she will not compromise on a fully inclusive non-discrimination ordinance when we bring it before a newer, stronger council.”

Bishop also said Lyles and other similar candidates with long records of public service were essential choices in the endorsement process.

“Vi Lyles is one of the strongest candidates in the race,” he said. “History shows that incumbents who have a good record with the community fair better than first time candidates.”

Bishop and MeckPAC are standing firmly by their slate of candidates.

“We are urging our community to focus their votes on a slate of candidates that we feel stand the best chance of being elected in a few weeks AND who also have committed publicly to a fully inclusive non-discrimination ordinance,” Bishop said.

Bishop added, “We realize there are many supportive candidates in this race. Many of whom on any other day, in any other year, would likely receive an endorsement from us. But in this race, at this time, the stakes are too high to dilute the vote. It is our hope, in this TurnOUT Coalition that we can harness the power of the LGBT vote to swing the election in our favor and secure the protections we deserve from this new City Council.”

Green and Dula said they’re mostly supportive of the rest of the endorsed slate.

Jamie Hildreth, vice chair of MeckPAC, said Thursday that endorsements — based on their questionnaires and interviews with candidates — hinged primarily on whether a candidate supported the full, comprehensive non-discrimination ordinance and whether they would work to champion the issue. Each of their endorsed candidates made that pledge.

Most of the Council’s members did end up supporting the amended version of the ordinances presented to them on March 2. The amended version passed 9-2, with Democrats John Autry and LaWana Mayfield voting against it. In the final vote, Autry and Mayfield again voted against the compromise version, along with Republicans Ed Driggs and Kenny Smith and Democrat Michael Barnes. The ordinance’s final defeating vote came in at 6-5.