Finally, a sex-positive HIV prevention ad that battles the slut-shaming often faced by (and let’s be honest, sometimes perpetuated by) gay, bi and other men who have sex with men (MSM). Finally, an ad that talks realistically about PrEP and what it means for MSM health. Finally, an ad that might reach an ever-illusive population sorely in need of better outreach.

A new ad released for this year’s World AIDS Day by Public Health Solutions, one of the nation’s largest public health institutes and supported in part by Gilead Sciences, is tackling PrEP, anonymous hook-ups and the “party” culture:

Titled “I Like to Party,” the ad (part of a new Time2PrEP and HIVBigDeal campaign) features gay adult film actor J.D. Phoenix. As several folks have already pointed out, Phoenix isn’t the first person who might come to mind as a PrEP spokesperson. HIVPlus writes: “J.D. Phoenix is a controversial choice for PrEP spokesperson. The adult film star has a reputation as a party boy and he’s been open about his meth addiction, and his love of gay sex.”

And the ad doesn’t let up on harsh reality. Phoenix heads out the door, grabbing his keys, condoms and, yes, a bag of pills. No, boys, I don’t think it’s Tylenol. 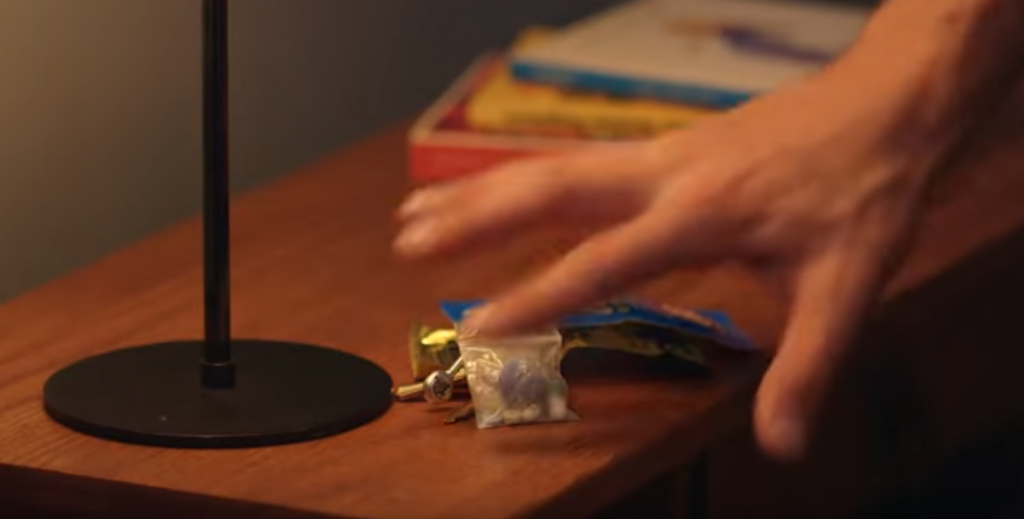 The ad’s message couldn’t be more direct, especially if you’re aware of trends and slang in the gay community. This is a clear message to MSM who like to “PNP” and “parTy.” (For the uninitiated, PNP stands for “party n play,” and the capital T is a stand-in for meth.)

Oddly, I’ve not seen much internet backlash from the usual hand-wringing prudes. You know the types, those ‘monogamous, marriage-worthy’ gay folks who insist on an assimilationist “we’re just like you” approach to advocacy and life.

The diminished nature of any of this kind of prudish criticism is a good sign. Perhaps others have begun to see what I’ve seen for some time — our need to begin dealing honestly and bluntly with our lived experiences and realities as gay, bi and MSM men. What we’ve usually gotten instead are sterile ads, campaigns and strategies that rarely fit our lives and are rarely worth even a passing glance. I’ve been critical of one past CDC ad, for example, that featured one gay man telling another that he got to “second base” with his hook up. It was horrendous. Gay men don’t speak that way. Straight people do… er, did… in the 1950s.

As I wrote two years ago:

These “we-are-just-like-you” campaigns have neutered our abilities to adequately discuss and engage on issues like sexuality and HIV. Instead of addressing the reality of gay sex and sexual culture, these advocates have chosen to portray a near Victorian Era-esque image of monogamous, marriage-worthy gay couples as the gay norm that completely and utterly silences and shames people in our community who do not fit that ideal.

Will our leaders embrace the fact that, yes, we have sex and often quite a lot of it, or will we become good gays who slut-shame our peers and smile pretty for a gay marriage news story, all while our leaders eagerly clamor to step inside the four walls of a strict, heterosexist box of sexuality that has both defined us against our will and oppressed us for centuries?

“I Like to Party” is the latest in a string of smaller, past outreach efforts (D.C.’s “FuKit” is one example) to turn our usual outreach and prevention on its head and talk about sex and our sexual lives. It’s about damn time. We need more of this.

I’ll go ahead and admit what many are probably thinking, too. Yes, the ad’s acting is, well… it won’t win an Oscar. (Sorry, Phoenix.) One online commenter notes: “The ‘boy’ character though seems a little stereotypical & cliche, (shirtless twink with vapid facial expressions, circuit dancing and using grindr in the club??).”

But the overall important message here is still clearer and more powerful (and more realistic) than almost anything I’ve seen before. The decision to target this particular portion of our culture is the furthest we’ve come to a “bold yet realistic” outreach effort: there’s drugs, alcohol and a hook-up found via Grindr at the club. These aren’t stereotypes or cliches; for thousands of MSM, it’s real. And this campaign is a far, far cry from the entirely fear-based, slut-shaming ads distributed earlier this year by AHF.

As MSM, we’ve grown up in a culture that has taught us fear and self-loathing. Fear-based tactics or strategies that reinforce negative self-esteem will never work. In fact, they’ll only drive up risks and push away those in need of assistance. Affirmative techniques and campaigns like “I Like to Party” will make a real difference and hold a far better chance of getting folks — yes, including meth addicts — into doctors’ offices and on PrEP. As we tackle one public health challenge, we can be better equipped to tackle others like addiction.

One small step at a time, with a healthy dose of reality, is exactly what we need in our continued march toward ending the epidemic.