UPDATED (Dec. 3, 2015, 5:37 p.m.): North Carolina Democratic state Rep. Tricia Cotham has announced she won’t be seeking re-election to her House seat in 2016. Cotham, who’s served five terms in the legislature, made the announcement on Thursday. Her move opens up the potential for an openly LGBT lawmaker, something the state’s been missing since 2014, with openly gay Plaza Midwood businessman Billy Maddalon filing to run for the office on Thursday afternoon.

Cotham cited her desire to spend more time with her family. Her oldest son, she said, begins school next year.

“I’ve worked hard ‘to lean in’ in multiple public and private endeavors, and now, it’s time for me to ‘lean in’ more with my family and with my own life,” Cotham said in a statement. “My oldest son will start school next fall and it is important to me that I be home for him and many other milestones in my children’s lives. To that end, I must close this chapter of service in the NC General Assembly and start the next chapter of my life. I am excited for what my future holds and I know that public service will continue to be a part of my life.”

Cotham said she “enjoyed the honor and thrill of public service” and she looks “forward to serving out the remaining year of my term.”

LGBT advocates in the state were quick to praise Cotham for her LGBT-friendly leadership. 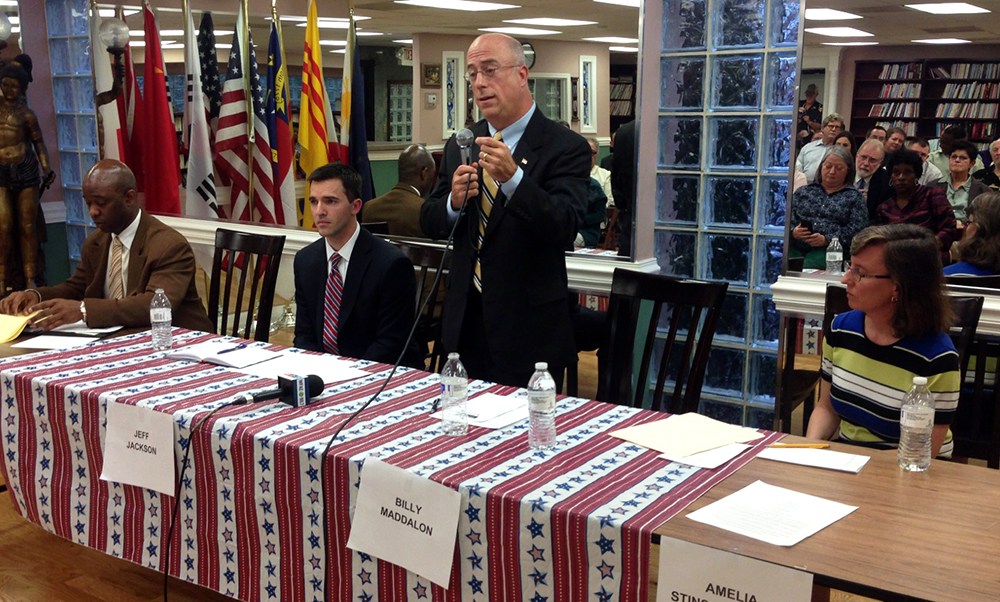 Cotham’s decision not to run again in 2016 means her Charlotte seat will be open for grabs. Cotham’s district represents portions of the city long known for the LGBT friendliness and high proportion of LGBT residents. It could be a safe win for an LGBT candidate.

Plaza Midwood businessman Billy Maddalon, who is openly gay, filed to run for the seat on Thursday afternoon.

“I’ve decided to go ahead and run for the 100th,” he said. “We’re in and off and running and excited about the opportunity.”

Earlier Thursday, Maddalon had said he was considering the run.

For the LGBT community, too, Maddalon understands the significance of a potential run.

“It’s important to have an LGBT person [in the legislature],” Maddalon said. “I understand that and know why that’s important and don’t take that lightly. If I go, I want to make sure I represent our community and the people of the 100th district well.”

If Maddalon wins, it would mean the election of the legislature’s first LGBT lawmaker since 2014. In that year, the state’s only out lawmaker, state Rep. Marcus Brandon, decided not to seek re-election. In 2011, state Sen. Julia Boseman stepped down. After the 2014 election, North Carolina was left without openly LGBT representation in the state legislature for the first time in a decade.

Maddalon is owner of Plaza Midwood’s VanLandingham Estate, a one-time Charlotte City Councilmember and a recent Council candidate. He lost this year’s municipal primary by a slim margin and had at one time sought to fill the vacant seat left open with Dan Clodfelter left the state Senate to become mayor of Charlotte.