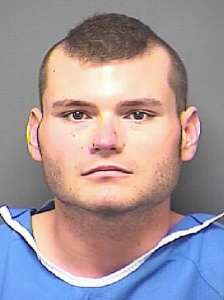 There are no words that can ever accurately describe the tremendous pain and suffering family members and friends feel at the loss of a loved one — even more so when that loss comes unexpectedly at great pain and trauma. For those who knew Greensboro’s Stephen White, who passed away last weekend, I imagine such is now the case.

White’s life was taken in a horrifically brutal act of violence. He was beaten by his attacker and set on fire. He suffered life-threatening injuries, including burns to over 50 percent of his body leading to amputations and, ultimately, to death. (Here’s my report, and here’s a more recent, more in-depth piece from Greensboro alt-weekly Triad City Beat.)

The crime committed by 26-year-old Garry Gupton is shocking to the core.

And Gupton’s actions — for which we currently have few details and few answers — have left many in Greensboro’s and North Carolina’s LGBT community confused and hurt. In the absence of concrete answers, many have turned to anger.

At the newspaper — despite my own personal revulsion to the facts as currently known — I’ve tried my best not to jump to conclusions, not to make up supposed facts or motivations where none have currently been released or verified.

But I’ve found myself conflicted by the few facts we do know — many of which do create at least a small narrative on the events of that night and of Gupton and his past.

This story, I think, will become clearer as new details arise: Gupton, a deeply closeted, mentally unstable and quite possibly psychotic gay man, hooked up in what might have potentially been his first significant sexual encounter with another man. Later, in what might possibly have been a psychotic breakdown, he lost all sense of reality in a violent outburst.

Interviews in local media and other statements — some shared on the record, many anonymously in online comment threads — paint Gupton in just this way. He told a bartender he had experimented with men since he was 19, but that it took months for him to build up the courage to take his first trip inside a gay bar. As the night progressed he began flirting with drag queens and patrons. He eventually left voluntarily and consensually, we’re told, with White. Details about Gupton’s background — shared by anonymous commenters who claim to have known him in high school — point us to a boy who was a “quiet kid,” “never big with the girls” and “picked on a lot in cruel ways.” Another has said Gupton was “mentally challenged” and “a few french fries short of a happy meal.”

Many have been quick to label the incident a hate crime, despite local law enforcement’s statements that hate doesn’t seem to have been a factor in the crime.

I’ll admit hate of at least some kind was involved here. It’s true internalized, self-loathing homophobia can create outward acts of hate against your own. But I most often imagine that actual hate crimes themselves are acts committed against us from the outside — from the oppressor — not from those in our own community. If Gupton, indeed, is one of our own — albeit a deeply conflicted, most likely mentally ill and unstable one — I find myself profoundly uncomfortable calling this murder a hate crime, particularly because of the very real possibility that Gupton himself is a victim of the same hate that allegedly drove him to commit this atrocity.

We know for a fact how cruel the world is to LGBT children and youth. We know for a fact that this cruelty — including physical, spiritual, emotional and psychological abuse — takes a toll on the human psyche. We have all known someone or, at the least heard of someone, who has turned to self-violence, taking their own lives because of the unimaginable burden resting on their souls. We know the same kind of self-loathing hatred that can lead to suicide certainly has the possibility to lead to acts of violence against others.

In the midst of calls for hate crimes charges — which won’t be coming in a state where hate crimes on the basis of sexual orientation aren’t recognized — I fear our community might overlook equally important conversations. On mental health. On the treatment of LGBT youth (and, for that matter, people of all ages). On substance abuse. (This crime was, I’m sure, committed after a series of events which included the consumption of alcohol or drugs.)

But, most importantly, I fear we’ll lose out on having a conversation about society itself and its shared responsibility for creating a world in which our young LGBT people are taught to so viciously, violently hate themselves. It’s a world in which LGBT people’s mental, spiritual and physical health are threatened every day by social forces that seek nothing less than our extermination, either through their radically violent, bigoted hands or through our own hands by suicide or internal community violence.

My heart and soul weeps for Stephen White. I weep for the loss his family and friends now share.

And I weep for Gupton, too.

One’s man life has been forcefully taken from him and another’s forever, irrevocably altered.

What Gupton did is inexcusable — a horrific and brutal tragedy on an unimaginable personal scale. And, regardless of whether Gupton himself is gay, there’s no mistaking he’ll have to be held accountable for his actions. He should receive a fair trial and serve whatever just sentence is handed down.

But I hope that somewhere along the way we can redirect our anger and have a moment for deep reflection, conversation, advocacy and continued movements for change — holding to account a society that would rather see all queer people silenced, closeted or dead than one that would strive for healthy, affirming and welcoming lives for all.