It’s just one simple map. But it contains several stories, each of a divided Mecklenburg County.

The shared map comes as debates heat up over who will take the chairmanship of the county board.

Cotham, the highest voter getter in the county, and her supporters feel she should get the top job, as has been the tradition. They point out that every top voter getter in the at-large races has been installed as chair for at least some time after new boards are sworn in. They also point out that she received more than 17,000 votes than the second-place finisher, commission newcomer Ella Scarborough, and more than 22,000 votes than the third-place finisher, current Mecklenburg Commission Chairman Trevor Fuller.

Opponents say the vote of the people doesn’t matter — that the board can choose whomever they feel will best serve in the role, something the remaining Democrats did when they removed Cotham as chair after the firing of County Manager Harry Jones. In fact, the board passed a policy outlining their process last year, described succinctly by Creative Loafing: “majority rules, no matter what the voters want.”

One incumbent commissioner, George Dunlap, has said Cotham is a “snitch” and that’s she’s colluded with local media, namely The Charlotte Observer, to release information that the board would rather keep quiet.

The latest volley in the debate came in the form of Cotham’s shared map.

Cotham was quick to point out that current Chairman Fuller carried not a single precinct across the entire county.

Cotham says Democratic strategist Tom Chumley created the map, garnering results from the Board of Elections and simply coloring it all in. Blue is Cotham (D). Green is Scarborough (D). Red is Emily Zuyus (R). Purple is Scott Carlisle (R). 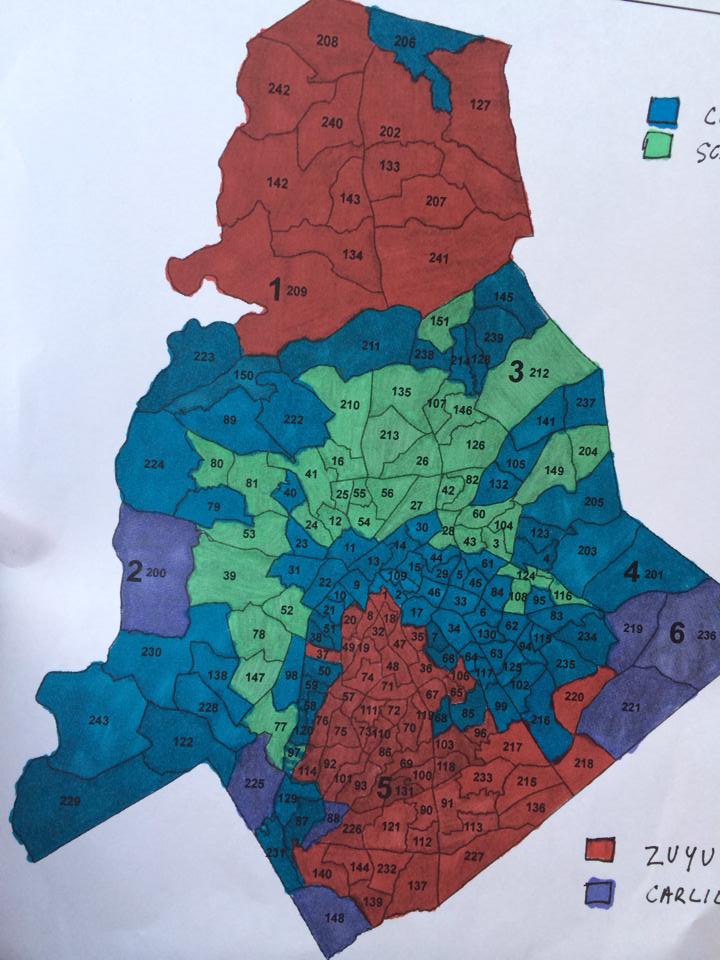 The map is striking, to say the least — showing an entire county’s near rejection of Fuller. That’s nearly 200 precincts — each filled with voters casting their choice in at-large races — and every single one of them choosing someone else other than Fuller for their top choice.

I’m not sure how much clearer the voters can be. Regardless of geography, race and socioeconomic status, they clearly don’t favor Fuller. How the board can manage to elect someone so unpopular as chair is beyond me.

But the Observer explains:

That policy was unnecessary. Commissioners were never bound by the people’s vote when determining the board chair. They were just smart enough to acknowledge it and abide by it.

They should again. We don’t expect that of Dunlap and some others, but we do of Fuller. He could put an end to the silliness by declining the chair and throwing his support behind Cotham.

Fuller didn’t do that last year and looked opportunistic because of it. That probably contributed to his finishing ahead of only Republicans this month in a predominantly Democratic county. The people have a way of reminding you that they count. The commissioners – all of them – should listen.

Obviously, there’s a very clear divide between the voters and their elected officials at the county level. It’ll be up to the officials themselves to solve that divide by listening to the voices of the people, but I don’t trust that will happen.

I wasn’t the only one on Facebook to notice something else about the electoral map.

“For a minute I thought this was a tax map!” said “Cedar Posts,” a local blogger who writes largely from a conservative- and libertarian-esque perspective and is often critical of local government and law enforcement.

Just take a look at the side-by-side comparisons for yourself. 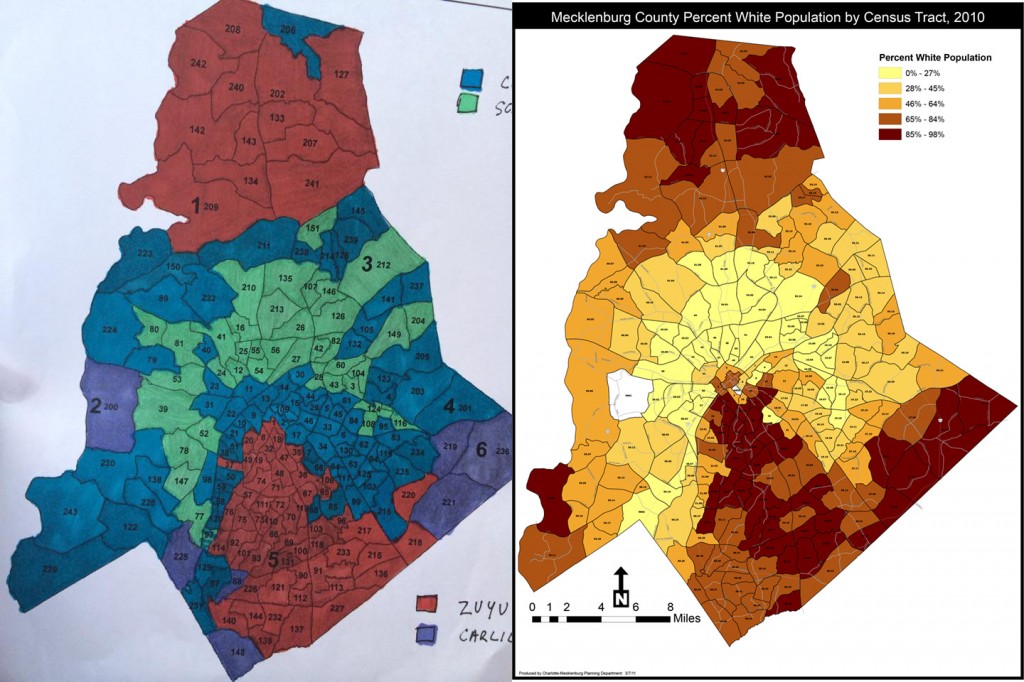 Chumley’s precinct map and the county’s demographic map on the percentage of white residents by census tract. 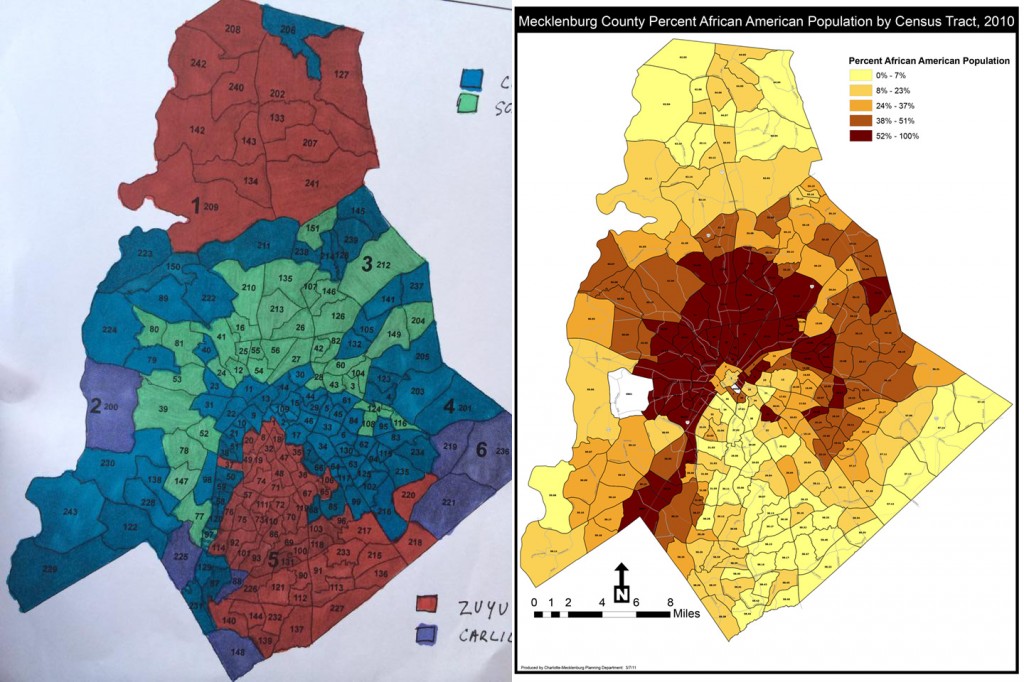 Chumley’s precinct map and the county’s demographic map on the percentage of black residents by census tract.