They attacked cops, after hitting them with personal items, resisting arrest and escaping detainment. They hurled bottles and other debris through the air. One cop’s eye was badly cut. Police officers were forced to barricade themselves inside a business to protect them from the unruly mob, which in turn uprooted a parking meter trying to break down the locked door and then tried to burn the business down while the cops were inside — a business many considered their “home.” They set garbage cans on fire. They marched through the streets blocking traffic and stopping cars and busses full of people, intimidating passengers — including a newly wedded couple — into supporting their cause. They overturned one car and used it as a barricade against a police phalanx. They set another car on fire. They smashed the windows of at least one police cruiser. They damaged other stores in the area and there were even some reports of looting, though protesters would blame that on outside agitators unassociated with their cause. A mob of as many as 1,000 threatened to burn down the offices of the local newspaper.

It’s the Stonewall Riots — when LGBT people took to the streets, lashed out at police and waged an all-out affront against police authority, a quintessential, dictionary case of “riot.”

This photo appeared on the front page of The New York Daily News on Sunday, June 29, 1969. It’s apparently the only photo taken during the first night of the Stonewall Riots. In it, street kids, including homeless youth who made the park across the street from Stonewall home, are shown getting into a fight with police.

But some gays are hypocrites: They condemn the rioting in the aftermath of extreme miscarriages of justice for black people, all the while ignoring the fact they gather once a year to openly celebrate and commemorate a riot — a violent outburst that served as the so-called birth of their movement.

Either that, or they’re completely, utterly ignorant of their own history.

“Pride celebrates equality,” they’ll tell you, fully unaware of the history and meaning of Stonewall.

“LGBT people have gotten further with non-violence than violence,” they’ll add, fully unable to comprehend that the violent riot is what initiated the most widespread, coordinated and peaceful organizing the LGBT community had ever seen — resulting in an explosion of new chapters of activist groups across the country and the very first Christopher Street Liberation Day Marches, the historic beginnings of our modern-day Pride parades and celebrations.

A photo of the Stonewall Inn, showing the Mattachine’s sign in the aftermath of the riots. By photographer Diana Davies, archived in the New York Public Library.

But these types of finger-wagging, naysaying gays can take some comfort and solace in knowing they’ve always been in good company:

That was the handwritten sign left on the front of the burned out Stonewall Inn sometime after the first night of rioting began. (Yes, “first night.” You read that correctly; there were multiple nights of rioting and violence).

If the Mattachine Society — the older, more wealthy, more established law-and-order gays (think the 1950s- and-’60s-version of the Human Rights Campaign) — had had their way, Stonewall never would have happened:

“[The] screaming queens forming chorus lines and kicking went against everything that I wanted people to think about homosexuals… that we were a bunch of drag queens in the Village acting disorderly and tacky and cheap.” — Randy Wicker, Mattachine member

But, at the very least, some upper-crust, don’t-rock-the-boat gays had the brains to understand the reasons why so many, including homeless LGBT youth who called the bar and the park across the street home, were so very violently angry and upset, writing in their newsletter after the riots (emphasis added): “It [the Stonewall Inn] catered largely to a group of people who are not welcome in, or cannot afford, other places of homosexual social gathering… The Stonewall became home to these kids. When it was raided, they fought for it. That, and the fact that they had nothing to lose other than the most tolerant and broadminded gay place in town, explains why.”

And that kind of understanding and empathy, however slight, is exactly what’s missing today.

You just have to understand the anger. You have to step back and accept that these protests and riots over police brutality and systemic racism and failed justice might just be the very flashpoint needed for this moment in history — the same kind of flashpoint our community experienced in 1969.

And instead of your finger-wagging disapproval, maybe you might take some time to educate yourself on your own history.

Maybe street protests aren’t your thing, so instead you might join the chorus of people calling for change.

And, above all, maybe you should examine inside yourself the place of privilege that allows you to treat modern black folk’s uprisings differently than you treat others, including your own, throughout American history — riots and acts of violence we now collectively as a society celebrate and commemorate.

“We have a gay pride parade every year to commemorate the riot at Stonewall. The American Revolution was started by a riot. The eight hour workday and labor rights were brought about in part by riots. Riots occurred at pivotal points in the movements to end slavery, to end Jim Crow, to end the Vietnam War, to expand Civil Rights, and during periods of unrest like the Great Depression and the Civil War. Riots signify a moment in history when it’s time for collective change. It’s time for change. It’s time to recognize that Black Lives Matter. Social change isn’t easy, it never is — and when you are in a position of privilege and power over others, unrest can be scary. But think about how much scarier it is on the other side, when you have nothing left to lose because your kids are getting gunned down in the streets. So in conclusion, don’t be outraged about the riots. Be outraged that black children are not safe in America, and do something about it.“ 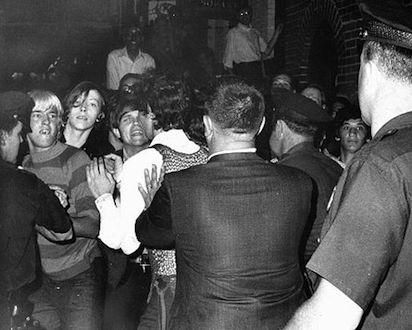 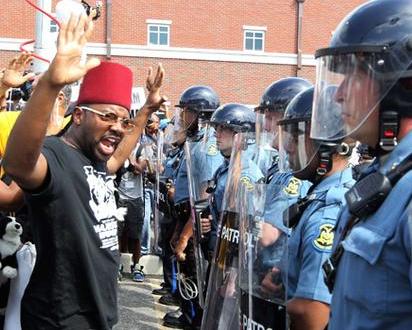