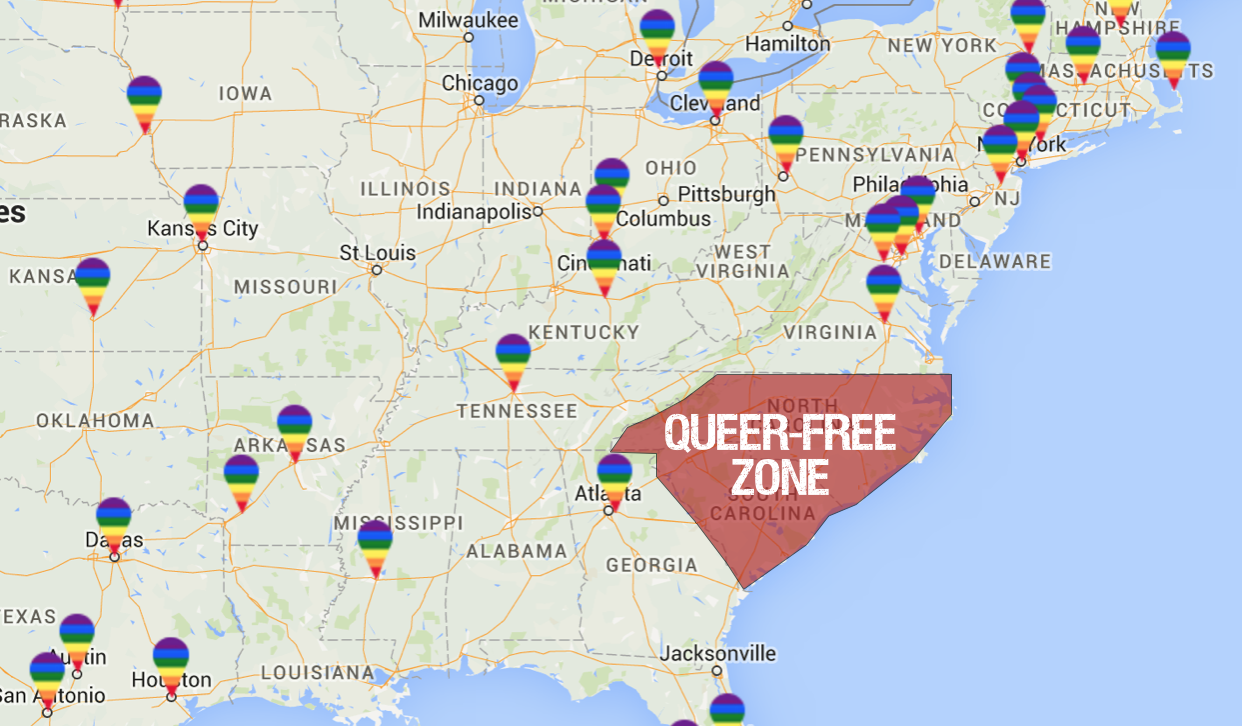 At least that’s what you might think looking at the American Family Association’s ridiculous “bigotry map.” The hate group is clearly spinning and spoofing the Southern Poverty Law Center’s Hate Map, which tracks hate groups across the country. AFA has been listed as a hate group by the SPLC, along with several other anti-LGBT groups. (hat-tip: Pink News)

In the Carolinas, there are no “Homosexual Agenda” groups, but AFA does list eight “Anti-Christian” groups like chapters for the Americans United and Freedom From Religion Foundation, along with four humanists groups and three atheists associations.

It’s worth noting: The American Family Association has a state affiliate in North Carolina. The Christian Action League has taken strong stands against LGBT equality. Its former lobbyist Tami Fitzgerald is the director of NC Values Coalition, which led the push for the state’s now-overturned and unconstitutional amendment banning LGBT marriage. Fitzgerald and the NC Values Coalition are also leading the push against Charlotte’s LGBT-inclusive non-discrimination ordinances. Fitzgerald is also a former lobbyist for the NC Family Policy Council, a state affiliate of the Family Research Council, also listed as a hate group by SPLC.